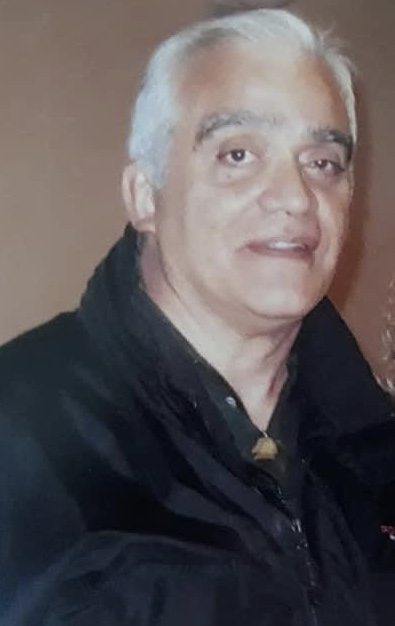 Please share a memory of Michael to include in a keepsake book for family and friends.
View Tribute Book

Michael A. Lopez “Mike”, 73, died peacefully on Tuesday, April 21, 2020. He was born on October 23, 1946 in Brooklyn, New York. Mike was recognized as a retired New York City Police Officer and a Non-Commission Officer Army Veteran. He served in Operations Desert Shield, Desert Storm and Provide Comfort. Also, he was deployed to South America in support of regional security and civil infrastructure projects. Mike received numerous awards and decorations throughout his combined 38 years of faithful and dedicated service to our country as both a Soldier and Police Officer. He went on to work as an Investigator for Manton, Sweeney, Gallo, Reich & Bolz LLP for over 30 years.

Later in life, Mike retired and settled in Raritan, NJ, where he became quite involved within the community. As a faithful defender of the vulnerable and poor, he regularly went out-of-his-way to mentor and help others in need. This was done on his own as well as being an active member of the Veterans of Foreign Wars, Democratic advisor to the local party, the American Legion, Holy Name Society of Saint Ann’s Church, and the Somerville Elks Lodge #1068.

Mike enjoyed studying the history of New York City and the Revolutionary War. He was an avid collector of President Lincoln Memorabilia as well as a passionate collector of antiques and artifacts representing the turn of the century. This was stored in an old treasure chest that he shared with his grandchildren. What he loved most was being with his wife, surrounded by his family.

Blessed with a large family, Mike was a loving father, grandfather, brother, uncle, cousin and friend. He is survived by his high school sweetheart and beloved wife of 55 years, Louisa, their son Michael and wife Lisa, their daughter Monique and her husband Robert, along with their grandchildren Meighan, Mariah, Joaquin, Xavier, Isabella, Aryana, and first great-grandchild, Aurora Grace. Also, he is lovingly remembered by his sister Lourdes, brother Paul, Aunt Theresa, Uncle John, James, many nieces, nephews and cousins. He is reunited with his father Miguel, mother Doris and his sister Carmen.

A celebration of Mike’s life will be from 8:00am to 9:45am at Bongiovi Funeral Home in Raritan 416 Bell Avenue, Raritan, NJ (908) 725-1887 followed by a 10:30am Funeral mass at St. Bernard of Clairvaux, Bridgewater.  Inurnment at St. Bernard Cemetery/Mausoleum, Bridgewater.  If you so desire, memorial donations in memory of Mike can be made to “The Valley Hospital Foundation – COVID-19 Response Efforts” by visiting: https://www.valleyhospitalfoundation.org/give

Mike will be missed but never forgotten.

“FORVER IN OUR HEARTS”

To send flowers to the family or plant a tree in memory of Michael Lopez, please visit Tribute Store
Friday
23
July

Share Your Memory of
Michael
Upload Your Memory View All Memories
Be the first to upload a memory!
Share A Memory
Send Flowers
Plant a Tree