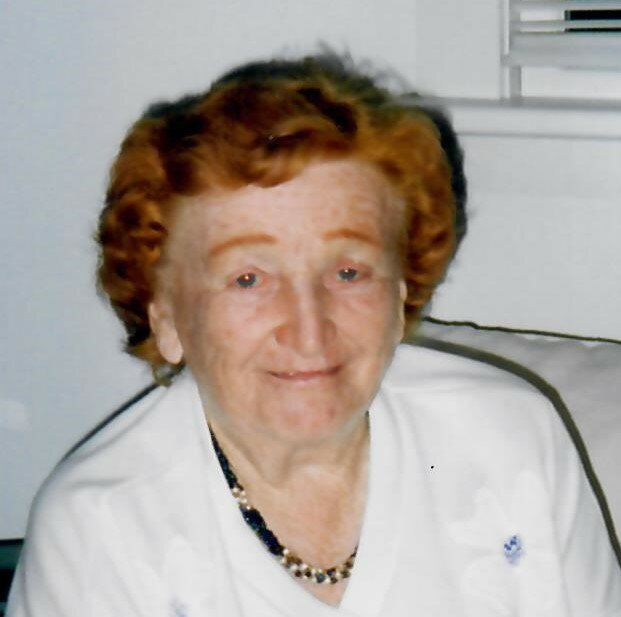 Please share a memory of Veronica to include in a keepsake book for family and friends.
View Tribute Book

Veronica B. (Sipski) Izzo of Somerville, entered eternal heaven on May 5, 2022 after recently
celebrating her 100th birthday. Born in Raritan, NJ on April 6th, 1922 to Mary (Pach) and
Alexander Sipski, Ronnie grew up with six siblings: Anna, Joseph, Mary, Elizabeth, Eddie, and
Francie in a household filled with hearty food, abundant gardens and homemade wine. She
attended St. Joseph School in Raritan through the twelfth grade where she joined the
majorettes and was a pride of the family as she marched in local parades.
On the 20th of May, 1941 Ronnie married Peter A. Izzo at St.Joseph’s Roman Catholic Church.
Early in their marriage they took in and helped to raise their three nephews, Charles, Glenn and
Ralph LaRue. Two decades later, they adopted Ann Marie and Lenny Izzo who were blessed
with Ronnie’s endless love and immense generosity.
Ronnie is survived by her dearest friend and sister-in-law, Maud Sipski, her son, and a large
extended clan of her nieces and nephews, their children and grandchildren all of whom
consider her the true matriarch of the family.
Ronnie was a very involved member of the Holy Trinity Catholic Church. She lived her life in
prayer, loved her religion, and left every one of us who knew her knowing that she loved all of
us deeply leaving us no doubt that we were each very special to her. She will be remembered
for her kindness, her strong work ethic, and her strong spiritual faith.

To send flowers to the family or plant a tree in memory of Veronica Izzo, please visit Tribute Store
Thursday
12
May

Share Your Memory of
Veronica
Upload Your Memory View All Memories
Be the first to upload a memory!
Share A Memory
Send Flowers
Plant a Tree