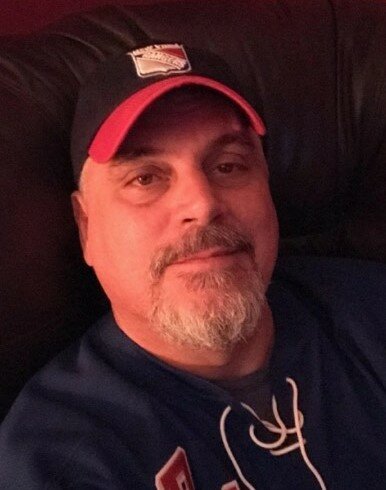 Please share a memory of John to include in a keepsake book for family and friends.
View Tribute Book

BRIDGEWATER- John Robert Esler, age 50, passed away Tuesday, January 25, 2022. John was born on November 7, 1971, in East Stroudsburg, Pennsylvania, and lived in Utica, New York, before moving to Bridgewater where he has resided ever since.

John is survived by his loving parents Raymond and Anne Marie Esler of Bridgewater, his daughter Autumn Rose Esler, 16, and son Joshua Robert Esler, 14, and their mother, Brenda Esler, who was his wife of 14 years. Although they had separated, they remained close friends and partners in raising their children. John is also survived by his girlfriend Sara Elsman, and aunts and uncles Richard and Celina Esler of New York and Robert and Patricia Esler of Indiana and cousins Lisa (David) Esler Brauer, David (Erin) Esler, and Valerie (Eric) Esler Hamel of New York, Bill (Robin) Esler of Indiana, and James (Margaret) Esler of Colorado. John was predeceased by his grandparents Robert and Estelle Esler.

John adored his children and they enjoyed spending time together especially watching movies and taking long weekend trips to upstate New York. John loved the outdoors and enjoyed fishing and snowmobiling at Great Sacandaga Lake, where he frequently visited with family and friends. John was a fan of the New York Rangers and loved music, especially the Grateful Dead.

It is the wishes of the family to join them in a Celebration of Life Ceremony beginning at 2pm on Saturday, February 5, 2022 at the Bongiovi Funeral Home 416 Bell Avenue, Raritan, NJ (908) 725-1887.  To send an on-line condolence visit www.Bongiovifuneralhome.com

“Forever in our Hearts”

To send flowers to the family or plant a tree in memory of John Esler, please visit Tribute Store
Saturday
5
February

Share Your Memory of
John
Upload Your Memory View All Memories
Be the first to upload a memory!
Share A Memory
Send Flowers
Plant a Tree