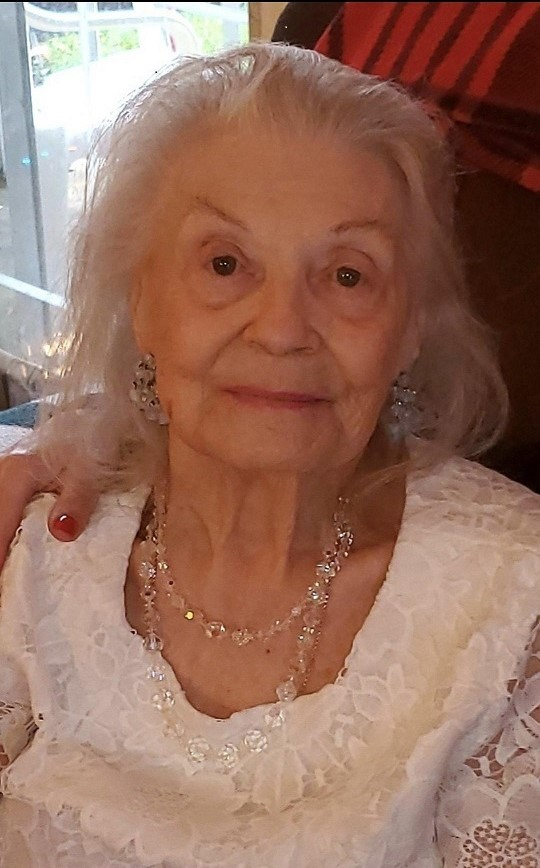 Please share a memory of Martha to include in a keepsake book for family and friends.
View Tribute Book

Martha Mary (Havrilla) Drost, 86, entered eternal rest on September 3, 2021, at Complete Care at Green Knoll in Bridgewater NJ.  She was born July 16, 1935, to her late parents Mary (Olenick) and Michael Havrilla.  Martha was raised in Coxeville, PA and graduated from  Hazelton High School in the Class of 1953.  She married the love of her life, the late John Drost, of Milnesville, PA on July 25, 1953, at St. Peter and Paul Church, Beaver Meadows, PA.  She moved to Manville, NJ and resided there for over 68 years.

Martha is predeceased by her parents and by her beloved husband, John Drost of 48 years.  She is also predeceased by her loving daughter, Michele Fry Brisebois, her grandson, Michael Strenko, and her Godchild Trisha Manion.   Additionally, brothers Michael Havrilla, John Havrilla, and sisters Theresa Ator, Ann Bentley, and infant sister Mary Havrilla.

Miss Martha (as some of her friends called her) had many interests.  She made homemade pierogies and stuffed cabbage for family and friends (both secret recipes).  Martha enjoyed making homemade candies for christenings, showers, birthdays, and other occasions.  Beginning in 1984, Martha's favorite charitable activity was volunteering at Consolata.  She made rosaries for young children in juvenile homes in Canada, as well as for soldiers serving in Iraq.  Her rosary packages were shipped worldwide, including to third world countries.  Because Martha loved our military men and women, she regularly sent care packages, and even exchanged letters with two servicemen who were deployed overseas. Other notable charitable contributions include:  collecting money for a cancer fund, being active in the Miracle Voice Club, supporter of the Sister Kennedy Foundation, serving the role of Vice President and Chairperson of the Ways and Means at ABIS and Roosevelt Schools in Manville.  She was a classroom mother, and the Girl Scout Leader of Troop #235 for over 10 years.  Martha was an active member of the Civil Defense Police Reserve Auxiliary of Manville.  She organized shopping trips for St. Mary’s Byzantine Catholic Church.    Martha was a kind, caring and loving mother, grandmother, great-grandmother, sister, aunt, and friend who will be missed by all who knew her, especially her good friends Margaret Maco and Beverly Ball.  Rosemary Onderko (predeceased) was also a great friend to Martha for many years.   Martha worked at Foodtown in both the Manville and Hillsborough, NJ locations, as a cashier.

Visitation will take place on Wednesday, September 8, 2021, from 1 to 3 pm and 6 to 8 pm at Bongiovi Funeral Home, 416 Bell Avenue Raritan, NJ 08869, with the Parastas beginning at 7 pm.   Funeral Services will be held on Thursday, September 9, 2021, at the funeral home beginning with visitation from 8 to 9 am, followed by a 10 am Divine Liturgy, at St. Mary’s Byzantine Catholic Church, 1900 Brooks Blvd, Hillsborough, NJ 08844.  Burial will follow at Sacred Heart Cemetery, 1096 Millstone River Road, Hillsborough NJ.

Donations may be made in Martha’s name to St. Mary’s Byzantine Catholic Church in Hillsborough, NJ.

“Forever in Our Hearts”

To send flowers to the family or plant a tree in memory of Martha Drost, please visit Tribute Store
Wednesday
8
September

Share Your Memory of
Martha
Upload Your Memory View All Memories
Be the first to upload a memory!
Share A Memory
Send Flowers
Plant a Tree