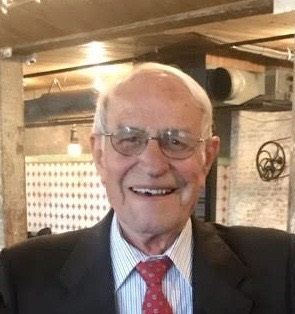 Francesco Mannino, 91, died August 20, 2020 at home surrounded by his loving family.  He was born in Carini, Sicily on April 26, 1929 to his late parents Vita Picone and Giuseppe Mannino.

Francesco was a communicant of St. Ann Church.  He was a devoted husband and loving father and dear Nonno to his seven grandchildren.

Gardening and wine making were his passions.  Hanging out at the Raritan Coffee shop with his friends was a favorite pastime.  Hard working, having a keen sense of humor and his extroverted personality had people always around him.   For 33 years he owned and operated Dominick’s Pizzeria and Restaurant in Clinton NJ on Old Highway #22.

He was predeceased by his parents and brother Giuseppe Mannino.

To send flowers to the family or plant a tree in memory of Francesco Mannino, please visit Tribute Store
Monday
24
August

Share Your Memory of
Francesco
Upload Your Memory View All Memories
Be the first to upload a memory!
Share A Memory
Send Flowers
Plant a Tree