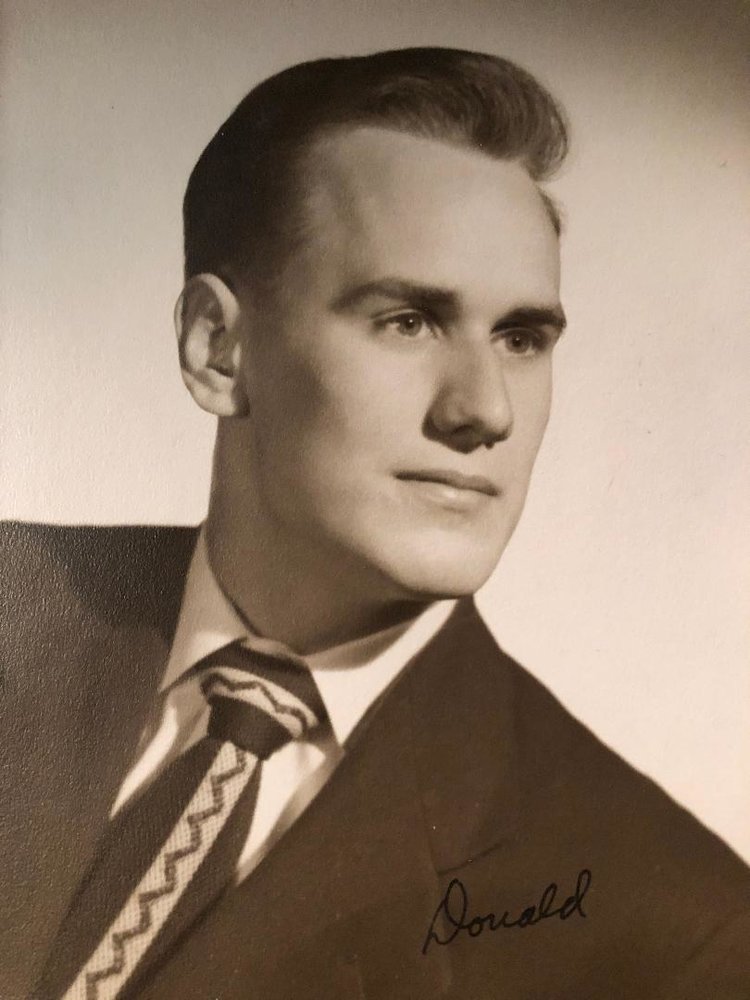 Donald W. Johnstone, 87 years old, of Bridgewater, NJ, passed away on April, 17, 2020 in Menlo Park, NJ. Due to the current restrictions, funeral services will be held at a later date at Bongiovi Funeral Home of Raritan, NJ, burial will follow at the Brigadier General William C. Doyle Memorial Cemetery, Wrightstown, NJ, at that time. Donald was born on September 10, 1932 in Kearny, NJ to John and Sarah (nee McManus) Johnstone. He went to Kearny High School and graduated in 1950. He served his country in the United States Army during the Korean War and received the Bronze Star for valor during the Battle of Pork Chop Hill. He went on to earn a BS in Mechanical Engineering from The Newark College of Engineering (now NJIT). He worked as Plant Engineer for Otis Elevator, Harrison NJ for 28 years and later for the US Postal Service for 10 years. He married Delia (nee Lemos) until her passing in 2007. They resided in Kearny, NJ until 1989 then moved to Palm Harbor, FL until returning to NJ in 2001. He enjoyed working on household projects and was an avid sports fan. He is survived by his son and daughter-in-law, Donald and Tracy Johnstone and grand daughters Julia and Elizabeth all of Bridgewater, NJ. He is also survived by his brother and sister-in-law, Ronald and Eleanor Johnstone of Kearny, NJ and many nieces and nephews. He is preceded in death by his loving wife, parents and five brothers John, James, Charles, Robert, Douglas and daughter-in-law Patricia Johnstone. Memorial donations may be made to the NJ Veterans Home at Menlo Park, 132 Evergreen Road, PO Box 3013, Edison, NJ 08818 .
To plant a beautiful memorial tree in memory of Donald Johnstone, please visit our Tree Store

Share Your Memory of
Donald
Upload Your Memory View All Memories
Be the first to upload a memory!
Share A Memory
Plant a Tree