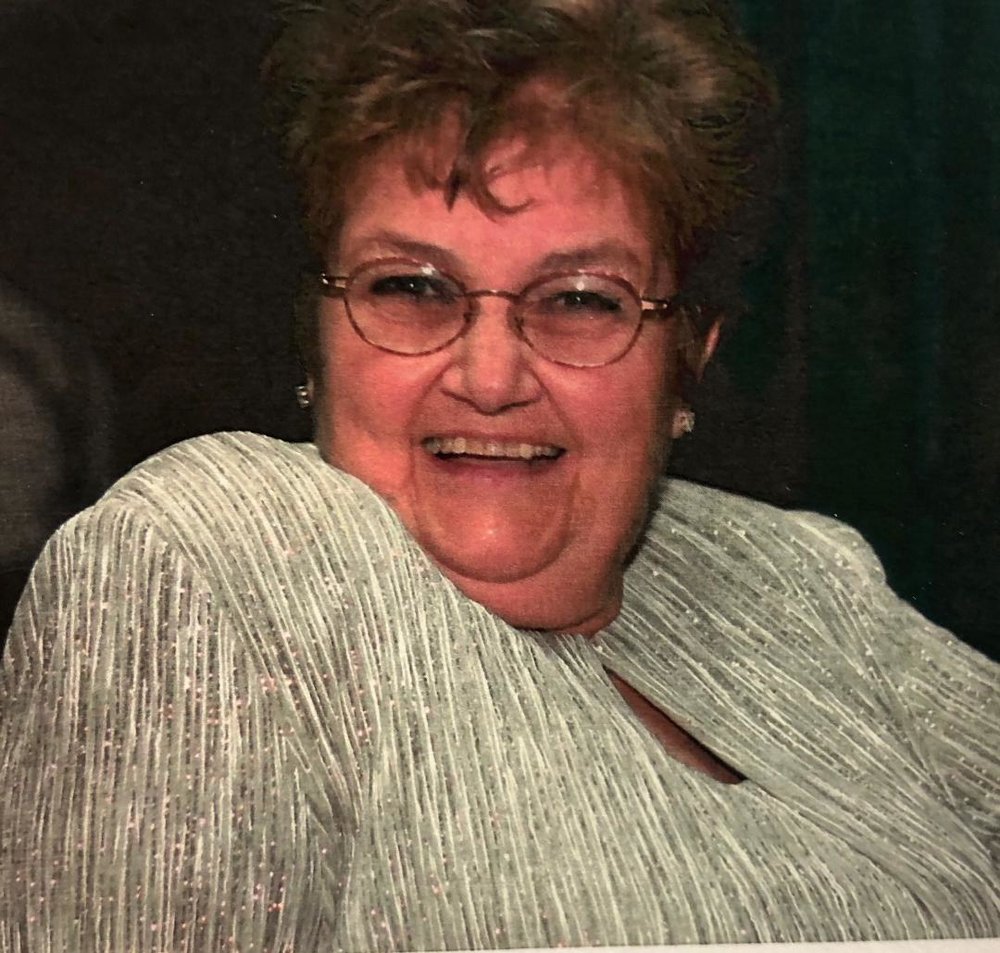 Bridgerwater- Phyllis G. Santicerma, 88, died April 16, 2020. She was born December 27, 1931 in Shenandoah, PA. Phyllis was the youngest of 4 children included her brothers, Jimmy and Paddy, and sister, Mary. They were part of a large Italian family with many cousins, aunts, and uncles that all lived nearby. Throughout her life, holidays were filled with lots of family and friends. Cooking, eating, and going to church were the top priorities. She met her husband, Joe “Champ” Santicerma, in high school – it was love at first sight. Champ was a regional football star and she was a Majorette with her high school marching band. Phyllis and Champ were married in 1954 and after his navy service they moved to New Jersey and raised three children, Kathy, Tony, and Joe. They were married for 54 years until his death in 2008. Phyllis worked for RCA Corporation in the Solid-State Technology Division in Bridgewater, NJ until her retirement. During those years, she remained active as a Girl Scout Leader and member of the Ladies Auxiliary in Raritan’s Pop Warner Football Program. In her retirement she worked part-time as a crossing guard for a nearby school. She loved seeing the children everyday and enjoyed watching them grow up. Her hobbies were cooking mainly Italian food and sewing. She even sewed her own wedding gown. However, one of Phyllis’ most favorite activities was dancing. She loved to dance! Phyllis taught ballroom dancing when she was young and took tap, ballet, jazz lessons. She was always involved with dance groups doing on-stage performances of various types. All this paid off when she became a dancer with the Bridgewater Senior group called “The Roxies”. They performed at many assisted living facilities and other venues in the area. Phyllis moved to “Chelsea at Bridgewater” in 2013 where she loved getting involved in daily activities. Her favorite activities involved anything having to do with music. Her favorite saying was, “the best thing that God made were people”. Phyllis loved everybody and enjoyed talking with strangers as much as friends. She will be deeply missed by all who knew her. Phyllis is survived by her children, Kathy Hassler (Ron), Tony Santicerma (Debbie), Joe Santicerma (Angel), her grandchildren, Kristin Miller (Charlie), Michael Santicerma, Matt Santicerma, Kaila Stephens (Gabe), Olivia Hassler, Nick Hassler, and Joey Santicerma, and her great grandchildren, Asher DaMore, Zion DaMore, AJ and Amira Miller. Funeral Services are private under the director of the Bongiovi Funeral Home, 416 Bell Avenue, Raritan, NJ 08869, (908) 725-1887. Burial in St. Bernard’s cemetery, Bridgewater, NJ. Memorial Services will be held at a later date. Condolences may be sent to the family by visiting www.bongiovifuneralhome.com. “FOREVER IN OUR HEARTS”
To plant a tree in memory of Phyllis Santicerma, please visit Tribute Store
Services for Phyllis Santicerma
There are no events scheduled. You can still show your support by planting a tree in memory of Phyllis Santicerma.
Visit the Tribute Store

Share Your Memory of
Phyllis
Upload Your Memory View All Memories
Be the first to upload a memory!
Share A Memory
Plant a Tree